10 Best Social Networking Websites in the World for 2018

The social networking sites in this top 10 list are known for their influence and impact all across the globe for the following reasons and contributions: social sharing and connecting, business branding and marketing.

Social networking sites have been dominating the Internet world since the last decade and this was the time when Facebook started gaining popularity among not only upper group, but also in lower group user base.

This huge popularity charisma of Facebook gave birth to the new brigade (crowed? ) of social networking and social media websites, and some of them got successful to touch the desired magical number of top 10 highest unique monthly visitors among best social networking websites.
Facebook, Twitter, and now Google  Plus (since the last 2-3 years) have become synonymous for social media websites. With their right approach and making good grip on delivering as per online user’s interests.
What could be good alternates to Facebook? we thought over the same and decided to publish this easy and comprehensive list of Top 10 social networking sites for all over the world as per the stand reports by Alexa ranking and total number of social networking global user base.

Here goes the list summed up in Top 10 best social networking websites for 2018 :-

You already knew about that – what other social networking web site could be at number #1 spot other than all people’s favorite Facebook ! Facebook – the biggest social media giant in the world – consistently for more than a decade. Facebook is here to stay!
Become a fan of my Facebook page freely 🙂

Initially Twitter – the hash tag #God – was thought to be a micro networking website only suitable for intellectuals and influence makers, but thanks to the popularity of micro-blogging, the ‘140 characters’ king has finally become well known and common people have well accepted it.
If ‘sharing’ was meant for Facebook, ‘followers’ were in Twitter’s side !
Tweet me to chatter on Twitter

Youtube started a new craze of filming videos. Young minds started opening channels on Youtube with their creative thrust for posting new things related to life and learning. Today, you can see thousands of videos on any topic or subject.

Instagram is owned by Facebook and it has taken the world by storm with its astounding success and craze among youngsters and celebrities. Instagram is the undisputed leader in photo sharing sites. People share their selfies and personal photos with interesting captions.
People like pictures over texts. It was proved again by Instagram. Instagram rose to fame along with the increasing use of mobile phones in the years coming after 2010.

After spending long hours on Facebook and Twitter, what do people do? They become serious, they get into business- they go to LinkedIn. They behave professionally. Business and profession talks. But LinkedIn is breaking the seriousness and its users are moving to the global/ social talks along with spending time in strengthening their professional acumen.
Like to Link with me on LinkedIn?

Search engine God Google was quick to recognize the never ending presence of social networking and media sites. What happened then? Google launched its Google+ social media site and not only it brought Google Plus into mainstream, but also it made Google Plus Top 4th social networking site in the world – in just 3 years. Kudos!

Until a few years back Orkut also used to be in the list of most popular social networking sites. Similar to what happened to Myspace, Orkut also became another victim to Facebook. Prior to the fame of Facebook, Orkut was the first choice of teenagers, youths, and school-college going students. Slowly their visits become more frequent on Facebook rather than Orkut.

But, Orkut is still in its best form and has all the great concepts of a social networking site. And now Google has started backing it by including Google Plus options for sharing and connecting . Google had introduced Google Plus to fight the increasing presence of Facebook over Orkut and its other searching features.

Please Plus me on Google Plus

We can’t forget Myspace, can we? ( why i am saying this? ..read on )
After all, Myspace was the first social networking site to reach at a very high level long before Facebook became what it is today. Myspace created a lot of buzz and it was the first social networking in real sense that made people really well aware about online social media and social social networking.
Facebook remained quite unnoticed during its starting years. Myspace was started in 2003, just one year before the Facebook was launched (in 2004) . And Facebook went on for years without getting the real popularity among the mass people. It only started gaining visibility around 2009-10 when school-college-office going persons started talking about it seriously-and-so-frequently .
And that was the time when Myspace started loosing its sheen, charm, and popularity . Now Facebook has taken that appeal and visibility what it used to be with Myspace.
BUT, Myspace is still the number one choice of special kind of social media frenzied people – Music, Movies, Video albums, celebrity gossips are still best discussed at Myspace!
Make your Space

It seems that the period of 2003-2006 was the most suitable time for the inception of online social networking websites. Badoo, Hi5, My Space, Facebook, Orkut, and many other social media sites – all of them were launched in this period.
Badoo is another great social networking hub for the people who want to date/chat/interact with similar minds .
More than 180 million registered users on Badoo.com. Even Badoo Facebook page has more than 8.7 Million likes. 0.5 Million votes on Google Games apps.
Badoo Ho !

Flickr social networking site is totally dedicated to image/photo/pics lovers, artists, amateur photographers, professional photographers, bloggers.  Here you will find the photos taken by common people and artists alike.
Initially, Flicker was meant to store your photos online. Slowly, with the inception of social media networking, Flicker also got its share of profit.
It’s owned by Yahoo, though Flickr is a rather new entry in social networking websites when you talk about sites like Facebook and Twitter. Yet, it’s a great networking site for a special purpose. Did i say pictures?
Fotos? Fly to Flickr
Share
Previous Top SEO Forums for Free Backlinks | Dofollow Forum Sites List
Next Australian Bookmarking Sites 2019| Free Social Bookmarking Submission Australia 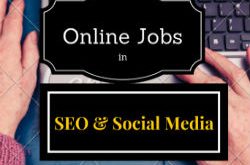 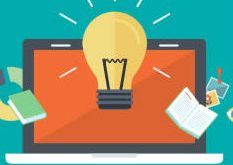 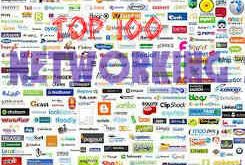 Top 10 Social Sharing Bookmark Widgets for your Blog or Website